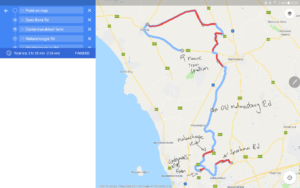 Get it on Google Maps

I completed this trip right after the heavy rainfall we experienced in the Western Cape which meant most of the dirt roads I initially planned to complete on this day was in a horrific state.  With that being said to my surprise the roads eventually completed in this report was in a fairly good state.

When starting from Durbanville area I usually include either Spes Bona Rd or Occultdale Rd in my trips as these roads are always in an excellent condition and it sets the tone for the rest of the trip.

This then was once again the case and I chose Spes Bona Rd to start the adventure.

On completion of said lovely gravel road I set off in the direction of the Durbanville Wine Valley past Meerendal Wine Estate etc.  I took the Contermanskloof Rd turn-off and headed over the hills towards a not so well know farm called Contermanskloof Farm.  The flowers were blossoming on the Contermanskloof Road and I had to stop for a quick photo or two.

Midway into Contermanskloof Road I found the turn-off for Contermanskloof Farm.  This farm is not so well know unless you are a cyclist. The farm offers various cycling trails throughout the farm.  The farm also offers a unique little restaurant where a coffee (or beverage of choice) can be enjoyed.  The idea was to travel through a nearby quarry which turns into a dirt road all the way back to Vissershok Road, but unfortunately this road was gated and locked for the day.

I returned to and followed Contermanskloof Rd until the road turned into Malanshoogte Rd. The final 2km stretch from Malanshoogte Road to Adderly Road is a very nice gravel road. The only issue with this road is that it is just too short!

From Adderley Road I headed for Old Malmesbury Rd. Old Malmesbury Road is a little gem of a not so bad rural tar road.  That means the tar is ok-ish but the views great.  There were many occasions for the quick photo and I especially enjoyed the little river near the road.

The time arrived to leave the tarred roads behind and test the gravel.  The next stop was a unnamed gravel road through Abbotsdale towards the R315 West of Malmesbury.  Upon starting this road I thought that it was going to be a rough road and considered not pursuing it further. The reason for this assumption was that the first 500m of this road was just as washed away as some of the other roads I tested earlier on in the morning. These other roads were not included in this report as one do not like laying on ones backside with your bike grunting next to you.  None the less I continued forward… This time my steed was still upright and I remained on top.

After the first 500 meters or so the road turns into quite a lovely gravel road with some nice inclines and a variety of scenery.  By the time I got to the end of this little road I wanted more.

The next stop luckily was just across the road.  Unnamed Gravel stop number 2.

Now this little road was an experience. The first half was still OK but the second half. It started muddy, turned sandy, turned back to mud, and yes eventually back to sand before hitting the tar on the other side.   My advice is; stand up, look up, open up.  There is simply no other way on this road unless you want to take your bike for a walk. Stay away from this road unless you are looking for a bit of adventure! (unfortunately the video camera battery died during the video).

My next gravel adventure was the dirt road to Darling.  This gravel road was an nice long ride of approximately 20km.  It was a busy road. Lots of traffic, mostly trucks.  Luckily it is a very broad road and passing oncoming vehicles is a breeze. Unfortunately my video camera battery died and I left the spare at home.  I will return to make a video of this road when in the area again.

The gravel road ends pretty much next to Darling Brew. I needed no invitation for the quick stop to stretch the legs.

From Darling I decided it was time to call it a day and headed home with one last stop. Mamre Station.

That concludes this report.  Enjoy the media below. 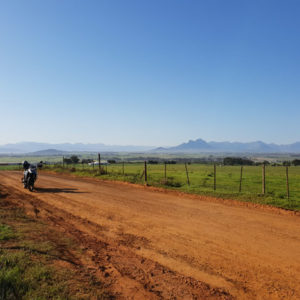 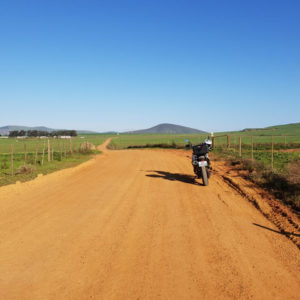 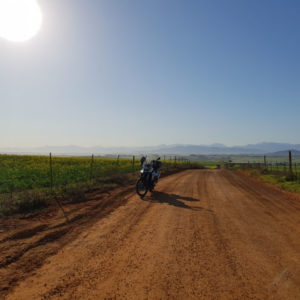 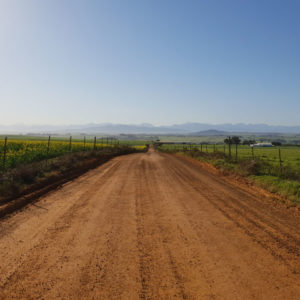 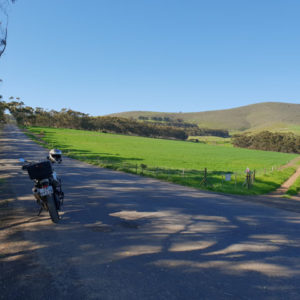 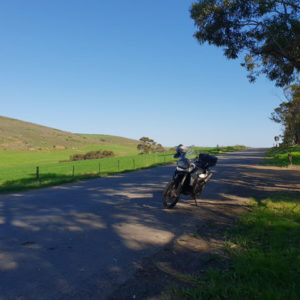 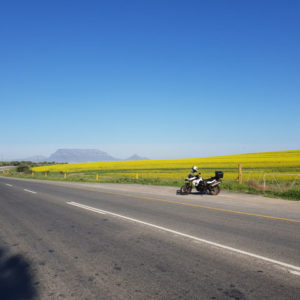 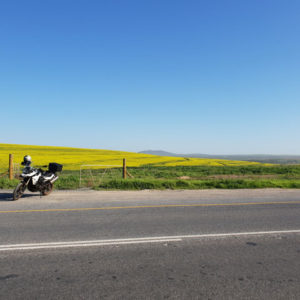 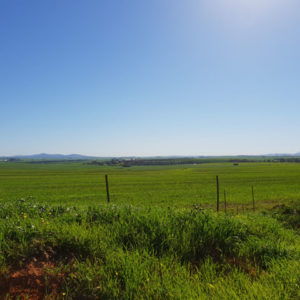 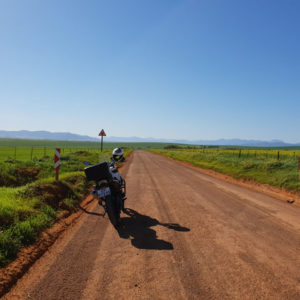 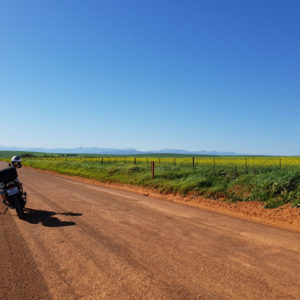 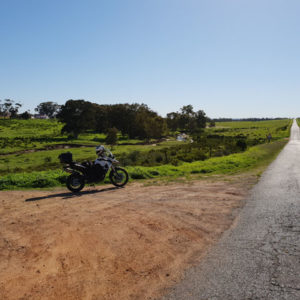 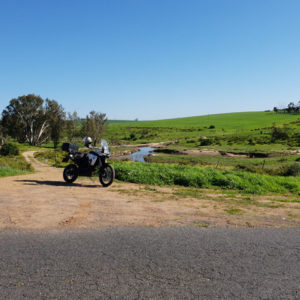 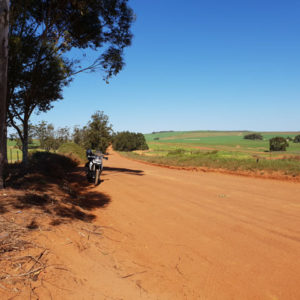 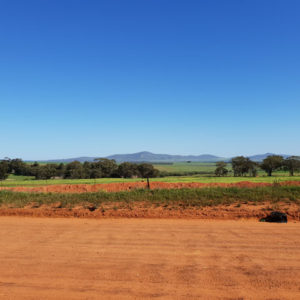 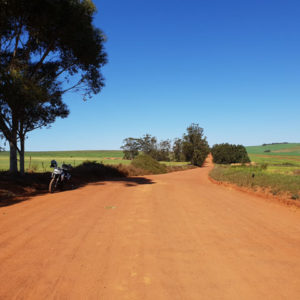 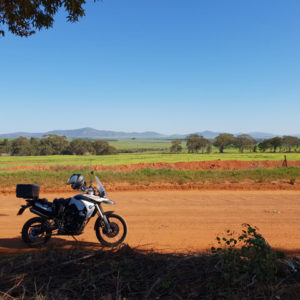 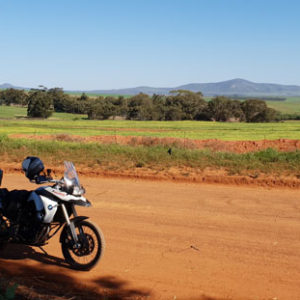 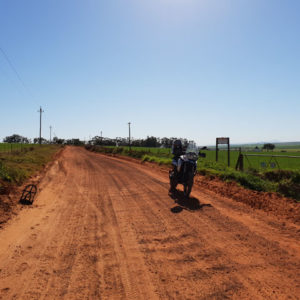 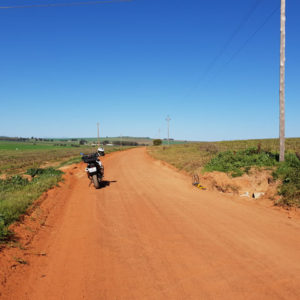 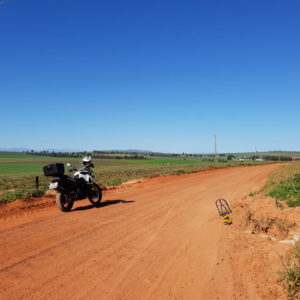 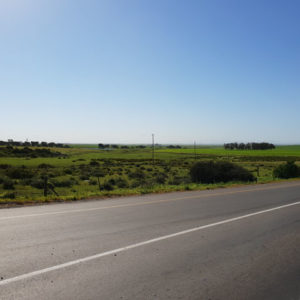 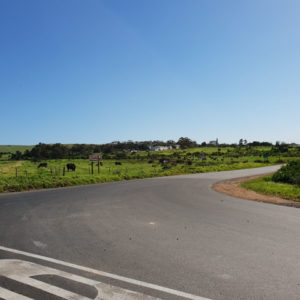 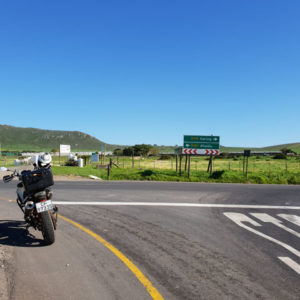 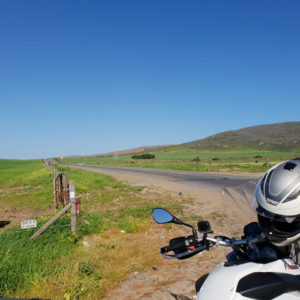 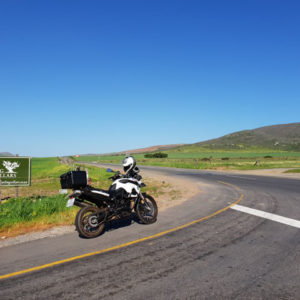 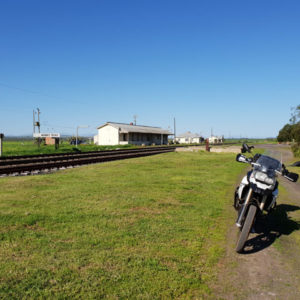