This national park bike trip was completed to explore the West Coast National Park on the West Coast near Langebaan.  The trip is mostly tar but does offer some short gravel sections to viewpoints throughout the park.

Find it on Google Maps View Map Inside Park

As you may have noticed, I have been out for quite a while between March and August.

The reason for this is that I had a big “off” between Darling and Malmesbury in March and unfortunately injured my shoulder. Though not fully healed yet (5months later), I could no longer sit and wait in anticipation for the next trip.

So please bear with me as I take it slow over the next couple of months to get back into gravel road exploration.

This then being my first above 250km trip in a day was an achievement on its own.

But less about that and let’s get into the trip details.

The trip started late morning from Welgemoed where I did the normal pre-trip checks and fueled up the bike.

Thereafter I set-off towards the N7 via Tygerberg Valley Road.

From the N7 I took the turn off onto the M19 (Melkobsstrand Rd) and then got onto the R27 to the West Coast.

The first stop for this trip was West Coast Farmstall. This roadside rest-point remains a favorite when travelling on the West Coast road and you can read more about this farmstall here.

The main focus for this day was the West Coast National Park.  I visited the park earlier the year before, with family on a quick bike run, but always wanted to return to explore more of this lovely setting.

Upon settling the entrance fee of only R83 (SA Rand) per person I was set loose to explore this amazing national park.

The main road running through the park splits in two after a couple of kilometers (See the map).  The split to the left heads out towards the ocean, while the split to the right goes to the restaurant and Langebaan.  I took the initial left, knowing I would return for the other section on the way back.

There is no way to describe how amazing the views are on the narrow road that snakes through vegetation, past sand dunes, the ocean in the distance on your left, and then ultimately the view over the Lagoon on your right.

After the initial first couple of spectacular kilometers riding next to the lagoon, I reached the most perfectly secluded beach in the Western Cape. Well that is according to me.

Kraalbaai is sheltered from behind which results in; no wind, and perfectly flat dark-blue water combined with a white sandy shoreline.  For a moment you forget you are on the West Coast in SA and not overseas.

There are Braai facilities as well as public toilets at Preekstoel near the walkway to the beach.

Also a interesting note – The houseboats that can be seen on the lagoon are all available to be booked for accommodation.

I returned via the same section of road we entered (no other way back), and stopped for a final look-out over the lagoon before reaching the fork in the road.

After spending some time appreciating the view it was time to continue onward, in the direction of Langebaan, for a refreshment stop at the local restaurant inside the park.

As it was time to leave the Park, they closed at 5pm, I got back onto the R27 in the direction of Cape Town.

Just before I reached Kwa ttu, I noticed a lot of vehicles parked next to the road, all with hazards ablaze, and I stopped to find out what was happening.  As I unmounted the bike I looked up onto the beautiful sight of Giraffes grazing next to road.

This then was the ultimate finale to the perfect day.

Videos currently in editing and will be posted soon! 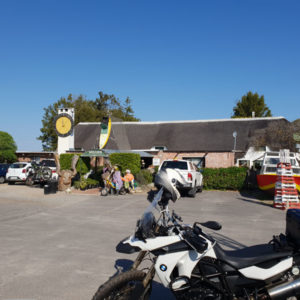 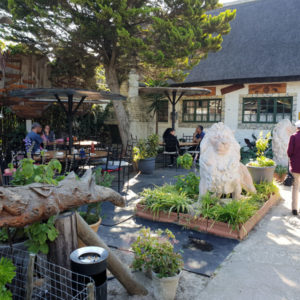 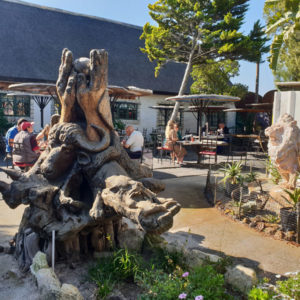 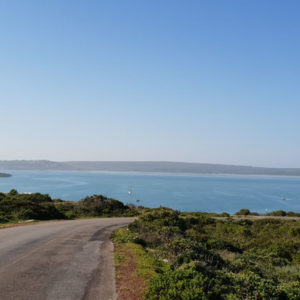 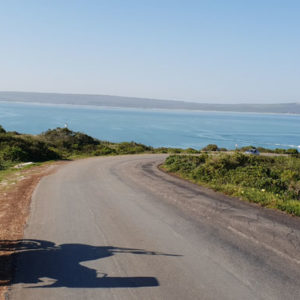 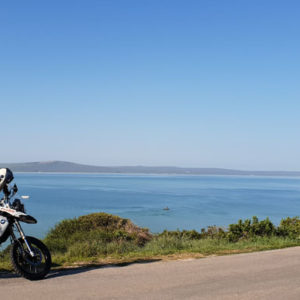 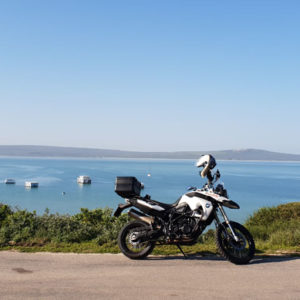 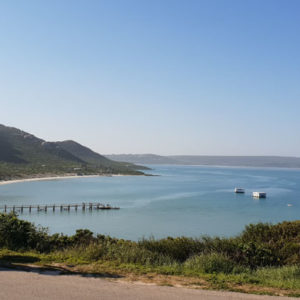 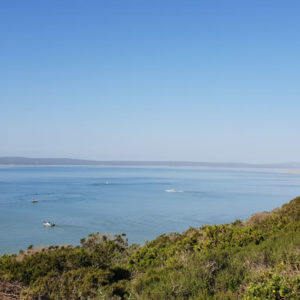 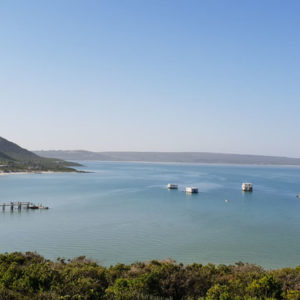 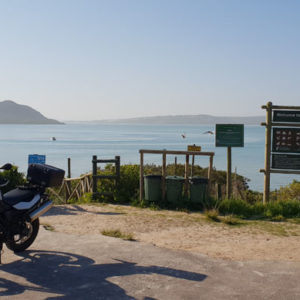 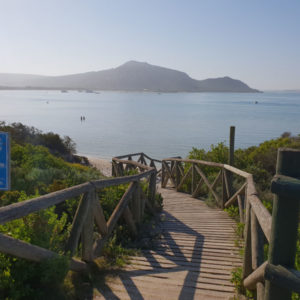 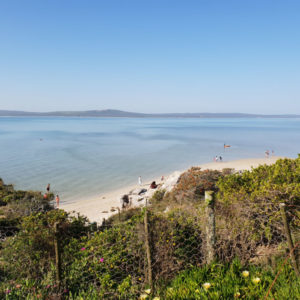 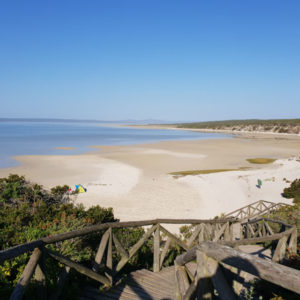 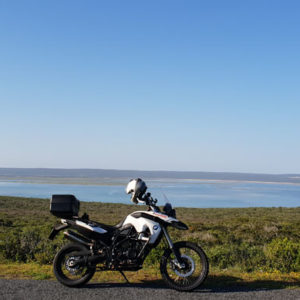 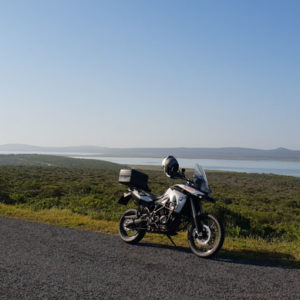 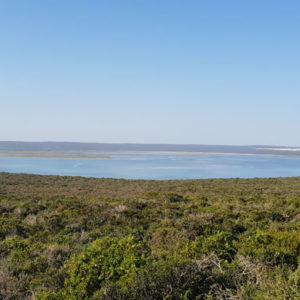 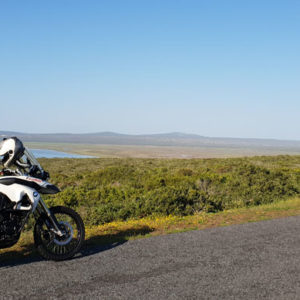 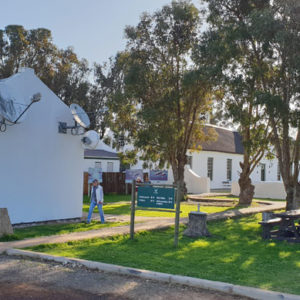 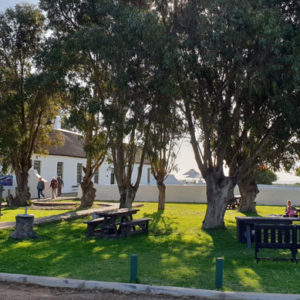 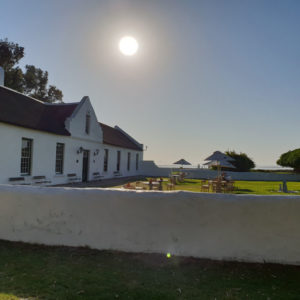 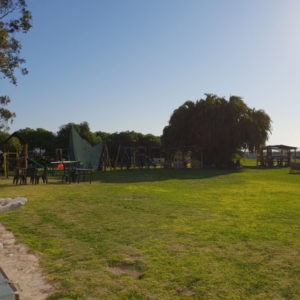 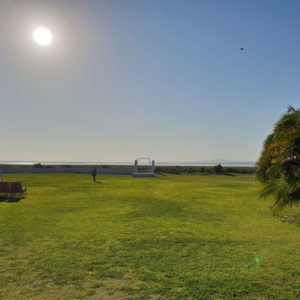 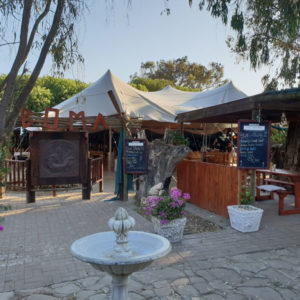 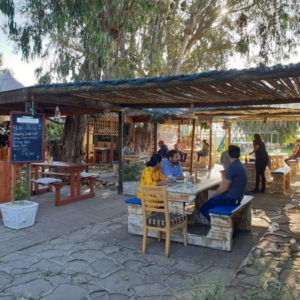 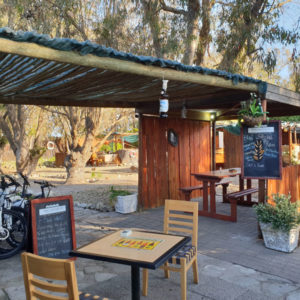 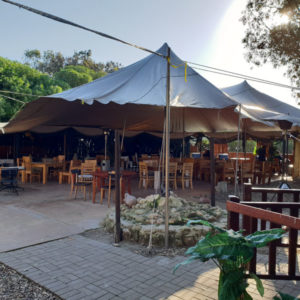 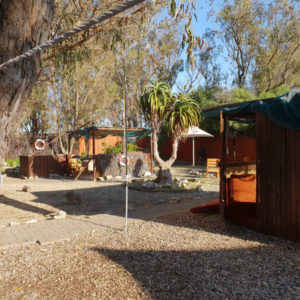 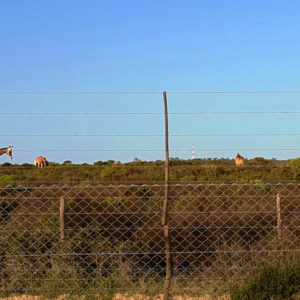