This Tar only route was completed through Yzerfontein, Langebaan, Saldanha, and Paternoster.

Get it on Google Maps

After a recent major service and some additions to my bike I needed to test everything before my upcoming Eastern Cape trip in late December.  This then deemed as a good excuse for this day trip.  It was planned with the main aim of visiting most of the beaches / harbours along the West Coast.

I set off late morning from Durbanville on the Tygerberg Valley Rd and took the Contermanskloof Rd to the N7.  I got off the N7 at the Melkbos turn-off and continued until I reached the West Coast Rd (R27).

As I reached West Coast Farmstall, which is also the turn-off for Yzerfontein, I considered stopping for some refreshments as it is such a nice place, the food and atmosphere is top notch, and also to get some rest from the wind slapping sideways on my helmet.  It was a lovely day, but as most of the time on the West Coast Rd the wind can be extremely unpleasant.

I decided to rather push on to Yzerfontein as time was not in my favor due to my late start.

As I reached Yzerfontein I was completely surprised with how quiet it was for this time of the year.  At the harbour I found three fishermen, doing what fishermen does best, and a father kayaking with his two daughters in the safety of the harbour walls.  No one else.

After the usual amount of photos, take 100 to get 1, I set onward to the next stop.  Langebaan.

Now Langebaan was exactly as expected and the normal hustle and bustle of a December month.  I rode through Langebaan in search of a nice place to look out over the lagoon and reached kite mecca.  See the photo below. This will also explain how windy this trip was.

From Langebaan I passed Mykonos Casino and headed to Saldanha.  En-route I passed the Saldanha Steel mines. These mines are truly a spectacular viewpoint in its own. They seemed majestic standing out in the middle of nowhere. I got so over involved that I nearly took out “Detour to Saldanha” yellow warning board….  Yes apparently they are working on this road… and yes I need to concentrate more on the road in front of me….  Luckily the GS is quite forgiving and made the detour turn with centimeters to spare. At least I know the front brakes and ABS work!

With some of the adrenalin still in my system I hastily made my way through Saldanha town to get to the harbour.

At Saldanha Harbour I met a lovely gentleman on duty patrolling the harbor to safeguard the fishing vessels.  He showed me one of the vessels that recently sank in the harbor after two of them collided leaving a hole in the hull of the sunken vessel.  Apparently it would cost almost a million rand to retrieve so they decided to leave it right there for now.  Interesting stories you can learn from locals at each place you visit.

From Saldanha one coastal stop remained. I headed through Vredenburg on the R399 to Paternoster.  Here the wind was in full force and it became really unpleasant fighting with helmet slap while trying to stay in straight line.  I cursed at myself for doing this trip so late in the afternoon. Tip of the day; try to do this trip earlier in the day then wind is usually a lot less.

Paternoster was also extremely busy. I cannot remember that I have ever seen this little town so busy.  The streets were filled with vacationers and no parking was in sight.  That also meant that all the restaurants were unfortunately fully packed / booked sending my idea of some seafood as a late afternoon lunch out the door.

The views over the ocean still made the ride there worth it.

With Paternoster being my final scenic destination it was time to turn around homeward.  I decided to take the R45 through Hopefield to make a final pit-stop at a farmstall in the area that I had not yet visited.

The Route 45 Waterhole Farmstall is situated just before Hopefield.  The farmstall is quite unique in the sense that it is fully licensed with a bar that is built inside a “stoor”, they have a 4×4 track behind the venue, and also offer camping on the premises.

After enjoying a quick refreshment and chat with the two locals it was time to head home.  The journey home continued on the R45 to Malmesbury and from Malmesbury I took the R302 to Durbanville.

As mentioned this was just test-ride and therefore all tar and nothing fancy.  The next trip will be a more lengthy trip through the Eastern Cape and will follow soon as I leave in a couple of days after this one.

There are unfortunately no videos as I focused on testing the new gear on my bike (the reason behind this trip). 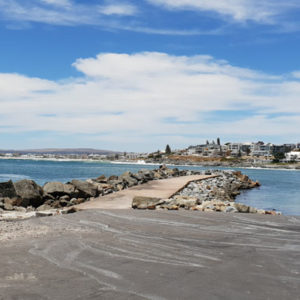 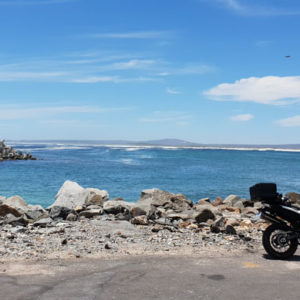 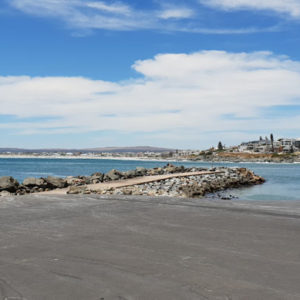 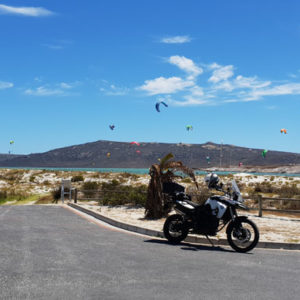 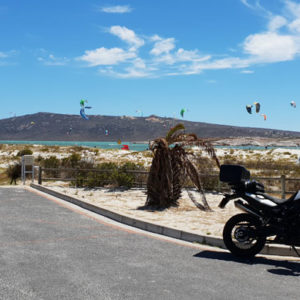 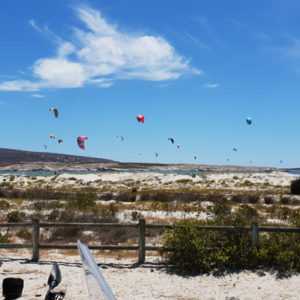 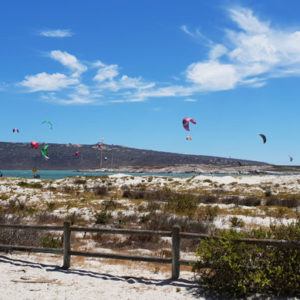 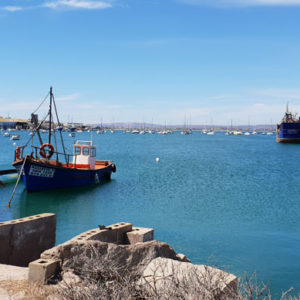 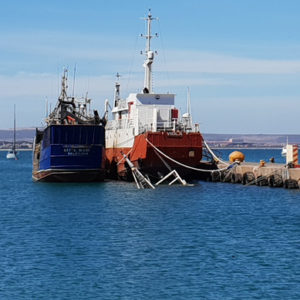 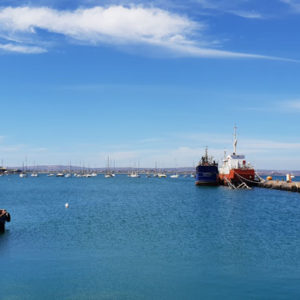 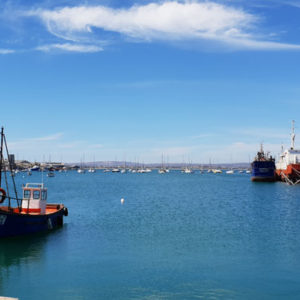 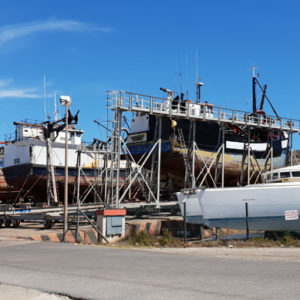 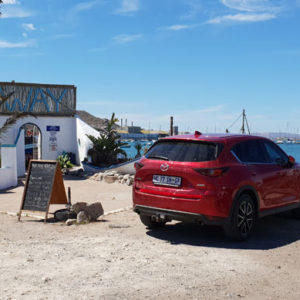 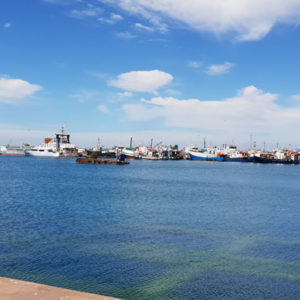 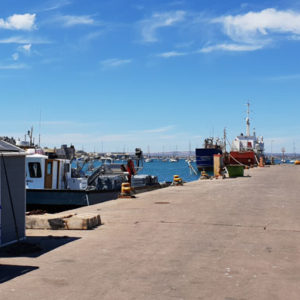 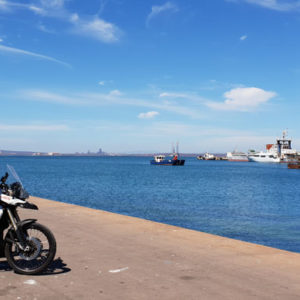 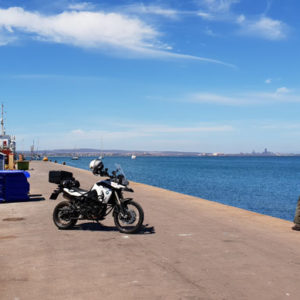 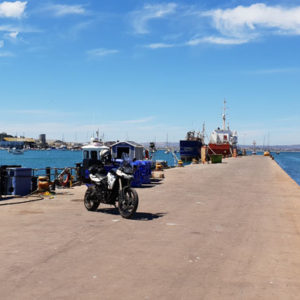 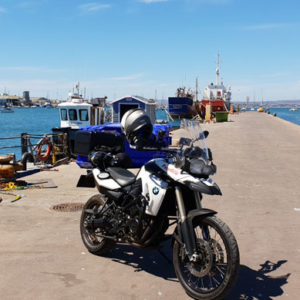 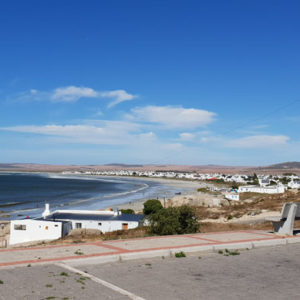 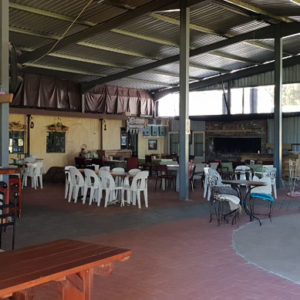 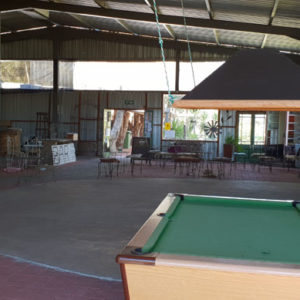 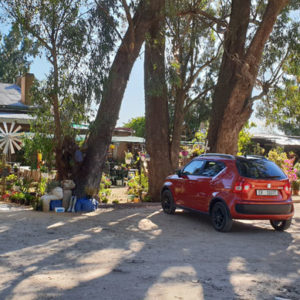 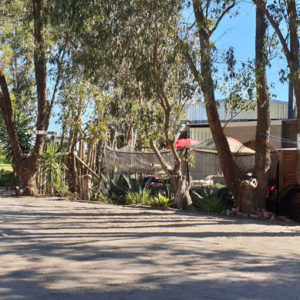 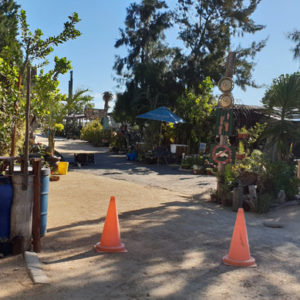 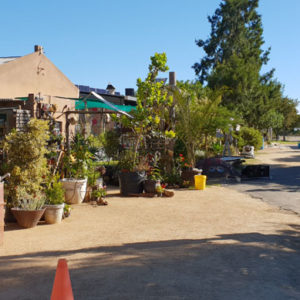 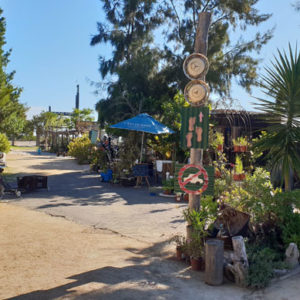 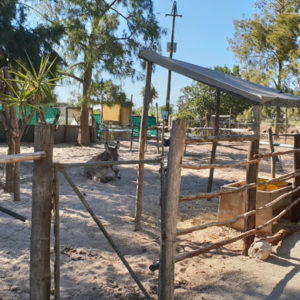 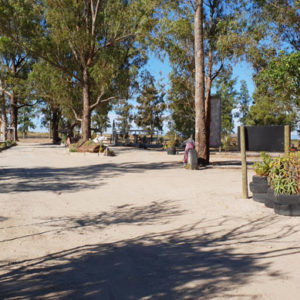 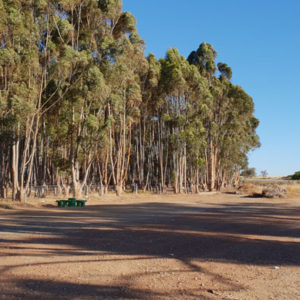